Warning: Parameter 2 to qtranxf_postsFilter() expected to be a reference, value given in /home/appareln/public_html/wp-includes/class-wp-hook.php on line 288
 air jordan's | Apparel Network

Street and urban wear’s origins are rooted in music and sports. Hip hop was the single biggest musical influence on street style, but there’s no single sport that can be singled out as an inspiration for urban fashion. Each has contributed different elements to the look, from jerseys to caps to sneakers. 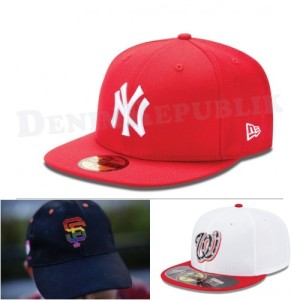 Looking back at West Coast fashion in the early days of streetwear confirms that skate boarders and surfers undoubtedly played a huge role influencing some of the movement’s most famous brands like Stussy. But it’s also true that street wear has had a life long love affair with sports jerseys. While basketball and football may have the lion’s share of fashion appeal, baseball jerseys — and more recently soccer jerseys — are staples of urban style.

Baseball has the monopoly on caps. In the 80’s and 90’s manufacturers started playing with the traditional cap colors and styles leading to a rise in popularity and sales. Now you see all types of caps; they might not have a baseball teams’ logo on them, but that just goes to show how far cap fashion has come. 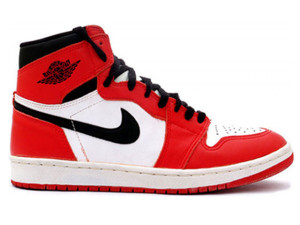 Arguably, the biggest and best selling product that sports has contributed to streetwear fashion is the sneaker. While Run DMC and the Ramones helped to make Adidas and Converse popular, it was basketball that can be pinned as the originator of sneaker culture. Michael Jordan may have changed the game of basketball, but he also almost single-handedly created a sneaker craze that lasts to this day. Air Jordan’s were the most anticipated sneaker release of the year and tended to sell out in less than a day — an extraordinary feat considering there was no online shopping back then. Today sneaker heads collect and show off their shoes not just a fashion statement, but also as a unique expression of their personal style.

Whether you profess your love for the Mets or the Lakers, urban fashion has taken jerseys, caps and sneakers beyond their purpose as a simple expression of team loyalty. Streetwear has reinvented these garments to become unique expressions of self and personal style.

It was 1984 when Michael Jordan won the NCAA title with the Tar Heels and went on to win Olympic gold at the Los Angeles Olympics. He went on to be the 3rd overall pick in the NBA draft.

Nike was not the sports apparel giant it is today. It was specialized in running shoes and was looking to expand its operations, lest risk falling off the map as the running shoe trend was coming to its end. The company felt that Michael would be a huge star in the NBA and his charisma and charm would make him the perfect spokes person to help the company grow in the right direction. Boy, were they right.

Nike went all out offering to name the new line after him, thus Air Jordan’s were born. Still not convinced, Jordan’s agent and father suggested he fly to Nike headquarters and take a look at the presentation Nike had prepared, complete with a video and soundtrack (the Pointer Sisters’ “Jump”).

At the urging of Jordan’s father and agent, Nike did eventually sign Jordan; soon after the Air Jordan I hit the shelves and revolutionized the sneaker industry. Up until that point basketball sneakers were mainly white; Air Jordan’s were red and black and flashy and the public loved them. The NBA did not. Jordan was fined hefty sums (around $5000) each time he took the floor with them.

By the time the Air Jordan IIIs rolled out, Michael himself was getting more say in the sneaker design. That elephant print they’re so famous for (the pattern that gives the shoes the worn effect)? This design element was added to the shoe after Jordan requested that his sneakers look worn even when new. These were the first of the Nike basketball shoe line to introduce the jumpman logo (the original logo featured a pair of wings) and the Air Jordan IIIs were also the first pair to show the air sole in the heel of the shoe. The Air Jordan III turned out to be Michael’s favorite shoes; he went to win MVP and best defensive player that year (1988), and re-signed with Nike.

Jordan and Nike would go on to be so successful that Nike created “The Jordan Brand” as a sub-brand of the company.