Warning: Parameter 2 to qtranxf_postsFilter() expected to be a reference, value given in /home/customer/www/apparelnetwork.it/public_html/wp-includes/class-wp-hook.php on line 292
 Sports Stars and Streetwear: a Powerful Combination | Apparel Network

On the field, famous athletes amaze us with their competitive drive and their athletic prowess. Off the field, they impress us with their unique sense of style. Many well-known sports stars have made a name for themselves in streetwear, which often reflects an athletic aesthetic and may be a natural fit for their personal sensibilities. A number of athletes have made a name for themselves with their eye-catching looks. Here a few who are worth getting to know better if they’re not already on your radar. 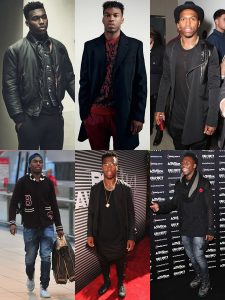 Daniel Sturridge, a celebrated English footballer who plays for both Liverpool and the English national team, also gets high marks for the original and inspired looks that set him apart from his peers. Off the pitch, this ambassador for Hugo Boss is more likely than not to be seen rocking his trademark bomber jacket or pieces from Hood by Air and Opening Ceremony. He also pays careful attention to footwear, sporting kicks like Nike Air Presto Lightnings or the Air Max OG. Reportedly, his sneaker collection includes over 100 pairs!

Ivorian superstar Didier Drogba first caught the attention of footie fans during his stint at Chelsea, for whom he scored more goals than any other foreign player. Now approaching retirement, he’s still admired for his keen fashion sense and can be spotted wearing casually chic streetwear off the pitch. Drogba partnered with noted men’s underwear brand HOM to design a line of swimwear and underwear. He once appeared alongside Cristiano Ronaldo, who also has his own line of CR7 underwear designed by Richard Chai, on the cover of Vanity Fair.

Some athletes take their love of fashion a step further and establish their own dedicated streetwear brands. International footballers Gavin Rae and Chris Burke joined forces with Premier League star Chris Davies in 2014 to form Seven One Zero, a high-end streetwear label featuring innovative design. Also known as 710, this shop showcases an athletic look that doesn’t skimp on style. 710 offers a creative line of tracksuits, graphic tees, and children’s wear as well.

Back in the United States, basketball legends like LeBron James draw accolades for their sartorial excellence. James’ Unknwn label offers a full range of streetwear staples such as hoodies, tees, and jackets from an impressive range of highly esteemed designers. The Cleveland Cavs star has championed fashion within the NBA, launching the first ever NBA Fashion Show in 2015.

The relationship between sports and fashion has deepened in recent years. Those of us who love streetwear have enjoyed watching our favorite athletes pioneer some incredible styles off the field. Keep your eye on what they rock and what they design, as it will likely continue to be quite inspiring!