Warning: Parameter 2 to qtranxf_postsFilter() expected to be a reference, value given in /home/appareln/public_html/wp-includes/class-wp-hook.php on line 287
 Rock-n-Roll's Influence on Street Wear | Apparel Network

When street and urban wear first hit the market back in the ‘80s they were heavily inspired by the clothing worn by hip hop musicians. Artists like Run DMC, Kurtis Blow and Salt n’ Pepa influenced not only the music industry but the fashion world as well. The most recent streetwear trends draw more from rock music, seeking inspiration from the grunge look of the ‘90s. 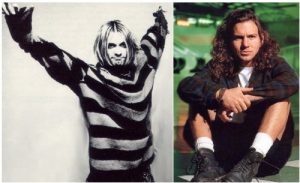 Step back a few decades and remember the key elements of grunge and the rockers who inspired them. As front men for their respective bands, Nirvana and Pearl Jam, Kurt Cobain and Eddie Vedder were among the musical muses for the scruffy styles that sprouted up in the Pacific Northwest. The look featured ripped jeans paired with combinations of slouchy sweaters, flannel shirts, cardigans and boots. Kurt Cobain loved wearing ratty, ill-fitting sweaters; Vedder was (and still is) sporting his modified lumberjack look in flannel shirts and boots. 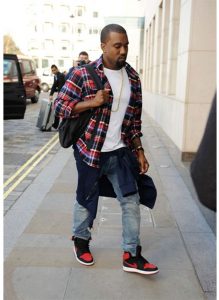 Ironically, today’s hip-hop artists are the ones at the forefront of this new rock-n-roll streetwear trend. Kanye West, A$AP Rocky and others have been sporting grunge-inspired looks for a while. Their reinvention (or rediscovery) of grunge updates the look in just the way you would expect: by adding a bit of bling.

While drawing their main source of inspiration from the grunge era, street wear designers are not limiting themselves to it. T-shirts sporting the names of some of the biggest names in heavy metal are mixed in with grungy fashion. A prime example of streetwear’s obsession with rock is the new collaboration between Supreme and Black Sabbath, with Morrissey as the face of their Summer 2016 ad campaign.

Pop culture in general, from music to movies, has been a prime driver of urban wear and this latest trend is no exception.