Warning: Parameter 2 to qtranxf_postsFilter() expected to be a reference, value given in /home/customer/www/apparelnetwork.it/public_html/wp-includes/class-wp-hook.php on line 303
 Luxury Fashion Brands Do Streetwear | Apparel Network

Luxury Streetwear? On its face, it sounds like an oxymoron. Street wear fashion traces its roots to hip hop culture in New York City and skater/surfer culture on the West Coast — not exactly the same pedigree as the classic haute couture houses like Dior and Prada. 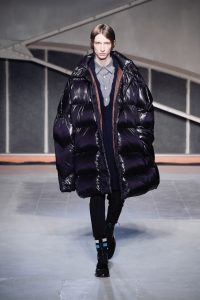 But luxury designers can’t ignore the appeal of streetwear any more than their consumers and while the chatter among industry insiders hints that luxury streetwear is on the wane there is evidence to the contrary. High fashion houses continue to incorporate sneakers, sweatshirts and jackets into their collections year after year (see Karl Lagerfield’s furry sneakers for Fendi and read what Kris Van Assche has to say about streetwear’s influence on his collections for Dior Homme) and many established designers are launching their own fashion brands, focusing almost exclusively on urban looks. Check out the oversized puffy jackets that Raf Simons, Van Assche’s predecessor at Dior, unveiled at his Fall 2016 show.)

A whole generation of young designers, influenced by the culture and style of streetwear, are rolling out their own high fashion labels. Nike consultant Astrid Andersen’s Wildstyle-X collection takes its cue from the urban playground basketball court – pick-up games are a way of life in the hood — while Alexander Wang, recently departed from Balenciaga, launched his own line of tees, jackets and sneakers that reflect and recall the New York City street scene of the mid-1990s. 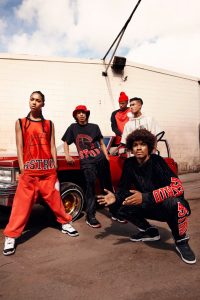 Supreme still reigns supreme with their high-end streetwear collections despite the fact that the designs almost never change. The classic skate-culture label has evolved into one of the most exclusive and sought-after lines of clothing and accessories, announcing new arrivals on social media channels that generate crowds of crazed shoppers at their flagship New York store.

Haider Ackermann, the Columbian-born designer with the German-sounding name, has been shopping his own line of ready-to-wear street fashion for years. The luxe hoodies and sweatpants are a favorite among music celebs (Kayne swears by them) and neither Ackermann nor lovers of sports luxe shows any sign of giving up the trend anytime soon.