Warning: Parameter 2 to qtranxf_postsFilter() expected to be a reference, value given in /home/appareln/public_html/wp-includes/class-wp-hook.php on line 287
 Goodbye 2014 Trends. Here's What's Hot for 2015 | Apparel Network

As the year comes to a close we can’t help but look back at past fashion trends and take a peek into the hot new looks for 2015.

The popularity of women’s streetwear has been on the rise in recent years, and 2014 helped cement its place in mainstream fashion. Looking forward expect to see lots of leggings, graphic tees, combat boots and beanies present in some form or another. The beanie was particularly popular this year. It’s one of those accessory essentials that flew off the shelves with styles ranging from basic monochrome to printed logos, but whatever beanie you sported, you definitely looked a little more laid back. 2015 will be another beanie year.

This year also featured a comeback: the bolero. This cropped jacket became one of the staples of the year, interpreted and worn in a variety of creative combinations. Next year you’ll see boleros out in full force, and other short, cropped jackets over dresses, tunics and tees. 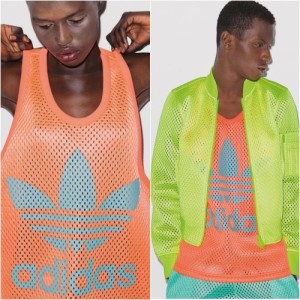 In the men’s department, we’ll continue to witness omnipresence of camo print tees and sweaters; generally speaking, prints were popular in 2014, with bold colors and vivid graphics being the rage.  While prints will continue to be a wardrobe must-have in the upcoming months, but we’ll probably see a muting of the colors.  2015 will likely find more men sporting more plaids and stripes.

The “in” colors for next year are a tried and true color combination: black and white. Can you hear the collective cheer from New York City? Where fabrics are concerned, expect to see a lot of neoprene – neoprene pants, shorts and jackets; mesh will also be on high order in a rainbow range of iridescent colors. 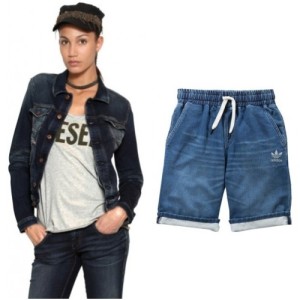 Denim-like fleece hoodies and sweaters will make a showing.  This trend seems to have started with Diesel, whose popular “Denim Effect Fleece Jacket” looks so much like denim that Diesel has to make sure customers know they are not with a bold-faced disclaimer.