Warning: Parameter 2 to qtranxf_postsFilter() expected to be a reference, value given in /home/customer/www/apparelnetwork.it/public_html/wp-includes/class-wp-hook.php on line 303
 Fall Streetwear Fashion Trends | Apparel Network

The fall fashion shows have just wrapped up, and is it any surprise that they featured a strong focus on streetwear? Celebrities have been repping the trend for quite some time. Kanye West and Rihanna each have their own hugely popular streetwear-influenced fashion lines, Kylie Jenner has been spotted in Supreme t-shirts, Gigi Hadid is rocking track pants, and A$AP Rocky is stepping out in Bathing Ape. Now streetwear has arrived on the runways in full force as well. 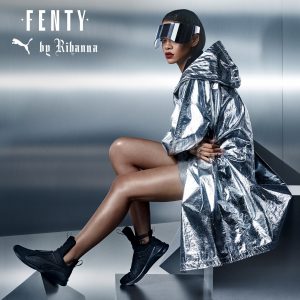 So what styles are catching the spotlight? Giant monochrome hoodies and oversized parkas paired with sexy, sporty thigh-high boots or daring stiletto-heeled sneakers are very much in vogue, as we saw with RiRi’s goth-tinged Fenty x Puma collaboration line. Major fashion labels such as Burberry are taking cues from streetwear too, releasing their own distinctive tracksuits. Meanwhile, Alexander Wang, who once made waves with his $1,000 “Parental Advisory: Explicit Lyrics” mesh and jersey sweatshirt, has given a pronounced nod to skater culture in his latest collection, with box logos appearing on everything from hats to sweatshirts to hosiery.

Of course, the biggest splash of all was Kanye West’s new collection, Yeezy Season 4, in which athleisure and streetwear have converged with military themes. Presented with great fanfare by Adidas in a massive five hour trip to New York’s Roosevelt Island, this line showcases neutral shades in oversized knits and sweats, clear plastic thigh-high boots, and the iconic bodycon dresses that made his wife Kim Kardashian famous. Limited edition Yeezy sweatshirts were made available at for $75 at the event; they quickly appeared afterward on eBay for several hundred dollars apiece.

Major industry publications and blogs have clearly taken notice of how streetwear is influencing runway fashion, and they are getting on board with the trend as well. Vogue has embraced street sensibilities, running a special feature devoted exclusively to hoodies, and noted style blogs like The Coveteur are offering styling tips for fashionistas who want to make the streetwear look their own.

With the presence of streetwear in fashion becoming more prominent season by season, we can expect to see increasingly unique and innovative examples of how to wear the various looks—both in high fashion settings and as part of everyday wear. As street-inspired styles become increasingly popular, it’ll be worth keeping your eye on this red-hot trend.